MAIN Contact Information
Christina Comely
Dee Why
0416 388 838
Christian CBT is available for Christians who want to use the Word as a resource in therapy. Research has shown that the integration of faith in therapy is powerful and effective.

CBT has been extensively modified from an Eastern perspective (ACT, Mindfulness) and most psychologists are familiar with these third wave therapies. The historical strain between psychology and Christianity (Freud 1961, Skinner 1953 and Ellis 2000) and the reciprocal distrust many Christian clients have of psychologycan be reconciled in a way that allows clients to undertake therapy that affirms their beliefs. The Bible uses many concepts equivalent to those in CBT but with different terminology. For example As a man thinks in his heart so is he (Proverbs similar to automatic thoughts) and talking about the human spirit and a broken spirit (Proverbs - very similar to core beliefs). Many Christians are used to cognitively challenging thoughts, they just call it spiritual warfare. CBT modified from a Christian or Jewish perspective relies heavily on the belief that the Scriptures have power and authority as Gods word. Thus it can be effectively used in cognitively challenging dysfunctional automatic thoughts. Both Jewish and Christian faiths share common roots in the Hebrew Scriptures and the following can be used effectively with Jewish clients if the New Testament references are omitted. Christian SMCBT draws on two healing therapeutic relationships, the therapeutic relationship with the therapist and the clients relationship with the living God, who knows and loves them perfectly. The strength and healing from this relationship adds a new dimension to therapy and the following shows possible ways for standard CBT to be modified to incorporate this dimension.

Outcome studies support spiritually modified CBT as an effective treatment for Christians with depression and a possibly effective treatment for other disorders (Hodge 2006a, Hook et al. 2010). Consent and collaboration with the client and, if possible, their clergy are important steps. Christian CBT should be an affirmation of the clients own spiritual values and specific consent should be sought. Your faith is one of the great strengths in your life, do I have your permission to use it as an extra dimension in therapy? Scriptures from the clients faith can be integrated at every level of therapy as is illustrated for Jane, a composite client in her 40s referred by her GP for treatment of anxiety and depression. (Space only permits outlining adaptations not a complete record of therapy otherwise conventional CBT for anxiety and depression is used).

Behavioural Activation Jane said her faith was very important to her even though she felt distant from God and that shed failed Him. She chose to use it in therapy and signed a consent form. Jane included Christian devotional meditation in her Activity Schedule. At the start of the day she invited a sense of Gods peace and care for her into her day. She rated her mood before and after and noticed a consistent improvement. Church and home group were among the pro-social activities Jane resumed. 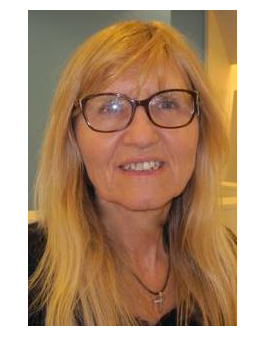 * All fields are mandatory EMAIL ENQUIRY